On his fourth voyage to the Americas, Christopher Columbus visited the area of what is now Veraguas province and described it to the kings of Spain as a place full of gold. Nowadays there are still riches to be found but green is the new gold, the color of nature, abundant vegetation, unique landscapes and biodiversity that sets Veraguas apart from others. For instance, the province has eight protected areas, of which three are national parks. 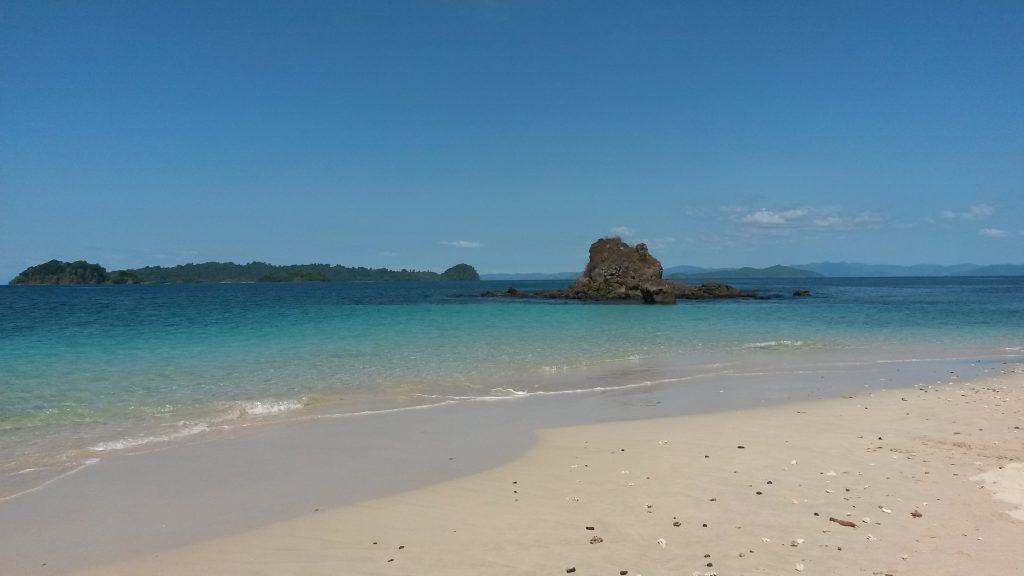 This is the only province bathed by two seas, with more than 400 kilometers of coasts and beaches and 40 islands, among them the renowned Coiba Island which in 2005 was declared a World Heritage Site along with its surrounding islands. It is one of the world’s largest marine sanctuaries and a top choice for divers.

The people of the area are humble and kind, making it one of the safest areas in the country. Its cultural, folkloric, religious richness and its legends enchant locals and foreigners alike.

For lovers of archeology, Cerro Hoya National Park, in addition to its dense vegetation, is home to some of the oldest rocks in the country, some of them from long before Panama rose from the seas and joined two continents thus becoming the Bridge of the Americas, changing the climate of the planet and the history of the world.

The community of La Escaleta, Rio de Jesus district, is attractive to anthropologists and curious visitors who can examine such new findings as the newly discovered double-headed serpent carved in stone, more than five and a half meters in length, which makes it the longest petroglyph in Panama. Although due to its recent discovery, the age of the carving has not yet been determined, some experts think that it was carved in approximately 500 AD. In the same district, in Puerto Cabimo, you can see untouched mangroves and the exuberant banks of the San Pablo River.

If you would rather see aquatic giants than animals carved in stone the best place is the Pacific coast of Veraguas. Between July and November, more than 2,000 humpback whales visit from the south, seeking safety in the warm and tranquil waters to procreate or give birth to their calves, consequently many of these baby cetaceans are Veragüenses (Natives of Veraguas). Although they can reach between 12 to 14 meters in length and weigh more than 40 tons they are very acrobatic. They are noble and great-hearted animals. Dolphins can be sighted throughout the year. 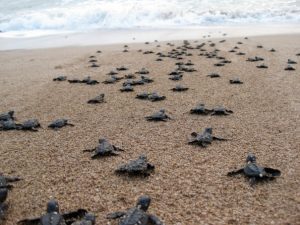 If you want to witness another miracle of nature, the communities of Malena and Mata Oscura in Mariato, receive five different types of sea turtles (hawksbill, olive Ridley, leatherback, green and loggerhead sea turtles). Each year they return to the same place where they left their shells at birth. Here they complete their life cycle, lay their eggs and return to the sea. Dozens of volunteers take care of the turtles and their eggs every year until they hatch and protect the newborn until they reach the safety of the sea. It is an experience not to be missed.

For adrenaline addicts, in the community of Santa Catalina, there are six diving schools and incredible places to explore, feel part of the ecosystem and enjoy the second largest coral reef in the American tropical Pacific, with more than 135 hectares in Bahía Damas on the shores of Coiba Island.

Veraguas is a surfer’s dream. The coasts of Mariato and Santa Catalina are ideal for those looking for the best “break” both left and right, which can easily reach between 3 and 7 meters high, setting the stage for unforgettable national and international surfing championships.

Sportfishing is another activity that attracts thousands of people each year to Veraguas. The Gulf of Montijo (Sitio RAMSAR), the coasts of Mariato, Cébaco and Coiba National Park are the best fishing grounds. Corvina, snapper, wahoo, Mahi Mahi, tuna yellowfin, sailfish, and the coveted marlin are some of the species that you can find in these waters.

In the north of the province, about 17 km from the city of Santiago, capital of the province, you will find the community of San Francisco de la Montaña, home to the church that bears the same name and whose construction began in 1630. Its fine wooden altars are covered in 23 carat gold with influences of baroque art and indigenous culture. This is a must for culture and history buffs. 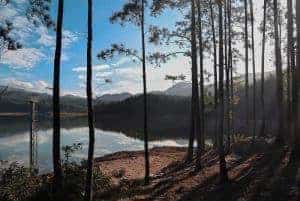 Further north lies Santa Fe National Park and Yeguada, amazing places where visitors will surely want to spend more than a day to enjoy the pleasant temperate climate. In Santa Fe, you will find more than 50 waterfalls (some still unnamed), with trails that invite you to explore its treasures both day and night. Its mighty rivers are the ideal place to swim or practice “river tubing”, which consists of floating on an inflated rubber ring, letting yourself be carried by the current, in some cases at high speed. This is the ideal place to enjoy the coffee and orchid farms and do some bird watching.

Veraguas offers all of this and much more for the intrepid traveler to discover, so do not hesitate, start your adventure now.

Panamanian Humpback Whales are Back in Panama
29 June, 2020pacificadvent

Panama the Route of the Humpback Whales
16 May, 2020pacificadvent

When you visit any web site, it may store or retrieve information on your browser, mostly in the form of cookies. Control your personal Cookie Services here.

Necessary
These cookies are necessary for the website to function and cannot be switched off in our systems.
Technical Cookies
In order to use this website we use the following technically required cookies
Cloudflare
For perfomance reasons we use Cloudflare as a CDN network. This saves a cookie "__cfduid" to apply security settings on a per-client basis. This cookie is strictly necessary for Cloudflare's security features and cannot be turned off.
WooCommerce
We use WooCommerce as a shopping system. For cart and order processing 2 cookies will be stored. This cookies are strictly necessary and can not be turned off.
Decline all Services
Accept all Services