When you book with an account, you will be able to track your payment status, track the confirmation and you can also rate the tour after you finished the tour.
Sign Up

Or Continue As Guest

When you book with an account, you will be able to track your payment status, track the confirmation and you can also rate the tour after you finished the tour.
Sign Up
359

Why Book With Us?

Join us aboard for the most exciting Dolphin Watching and wildlife encounter in Panama, get your friends and family together to visit these amazing creatures in the wild, and learn all about their habits, features, and behaviors while enjoying your tour in one of our fast boats.

Experience unforgettable moments, particularly for younger audiences, and for all those that are seeking to go on a dolphin watch tour in their natural habitat for the first time! Listening to the symphony of nature as you experience the breathtaking beauty of a captivating sunrise on the water.

If we might get lucky, you can meet the wild semi-resident population of bottlenose dolphins that we have in the Gulf of Montijo, throughout the year. They enter our inland estuaries to find food and they are quite active when chasing their prey. There is such a special connection that humans have with dolphins.

Bottlenose dolphins are very friendly and have an intelligence unrivaled in the underwater world, sometimes will perform for visitors by swimming alongside cruisers and jumping in front of you, there are graceful, majestic creatures, playful and with remarkable social attitudes. Simply you will love it!

Set with the Customer (Recommended 6:30 am)

In addition to dolphin watching, the cruise includes exhilarating tours around the Gulf of Montijo and its Islands.  These coastal waters are also among the best in Panama for sightings marine and migratory birds from North and South America, occasionally we can see crocodiles, raccoons among others are the wildlife wonderland declared as RAMSAR site.

As an additional option to the original tour, we offer you the memorable experience of a full day at sea around Isla Cébaco or Coiba National Park, part of the day we dedicate to the search for whales, the season begins from June to October every year. In addition to humpback or humpback whales and spotted dolphins, we also have a good opportunity to sea turtles and other marine animals in this area. A wonderful opportunity to get closer to their natural habitat.

These islands have some of the Top Beaches of Panama, with great & wild white sand beaches, crystal clear waters, and palm tree-laden where crocodiles roam and you can listen to monkeys over the trees, and epics snorkel spots, Coiba is a hotspot for whale sharks, humpback whales, sea turtles, stingrays and hundreds of other marine species, It is a magical place, that also was declared as a UNESCO world heritage site since 2005, is like a time capsule that stopped 100 ago.

The beauty and natural value of this place are incalculable, making it a must-visit destination in Panama. The most impressive part of the region is not what can be seen at first glance, it is what is hidden in its thick jungle and the great underwater biodiversity, which still keeps many secrets.

Over 30 species of whales and dolphins have been documented in Panama’s waters, offering whale watchers the opportunity to observe many different species.  Panama is one of the few countries in the world that hosts humpback whales from both the Northern and Southern Hemispheres.

Among the 12 species of dolphins found in the tropical waters of Panama, the most common are the Pantropical spotted dolphin and the large Pacific bottlenose dolphin. Additional species include the spinner dolphin, short-beaked common dolphin, long-snouted spinner dolphin, rough-toothed dolphin, and the striped dolphin.

Although species sightings depend on the weather conditions and time of year and can’t be guaranteed, nothing beats the anticipation of spotting one of these impressive wild animals.

In our tours there is always time for good food, we invite you to make a stop on Leones Island, to taste Don Pedro’s famous seafood platter.

Our boats have a maximum capacity of 7 adults comfortably seated. With enough space to move around and walk during the entire trip. However when it comes to fishing, things change, for safety and to have enough space to fight with the fish, the groups are not more than 4 fishermen.

Usually, our clients want to take advantage of the first rays of the sun, that is why our departure time, from El Bongo de Montijo, totally depends on the customer. We recommend leaving at 6:30 am, to have more time available for the activity. Well, the elders say, “The early bird catches the worm”.

Day 1: 7:00Serching for the Perfect Photo

Cruise on the rivers and tributaries of the Gulf of Montijo, a few minutes after our departure, we can reach beautiful landscapes and wildlife encounters. We will spend all day moving from one place to another.

If weather and tide conditions allow it, we will arrive at a solitary set of islands called Tres Islas (Three Islands), one of these islands has a beautiful mini beach of golden sand, where we will spend the rest of the morning.

Depending on the options of the tour you have selected, we could go out to offshore looking for more marine wildlife, like other types of dolphins or humpback whales.

We will pause for lunch and take the strength to continue our trip. We suggest stopping in Leones Island and taste the famous seafood tray of Mr. Pedro, it includes lobster, fried fish, fried plantains, rice with coconut and black shell

After a day of living a wild experience, we need to return to our starting point and arrive at a safe harbor. 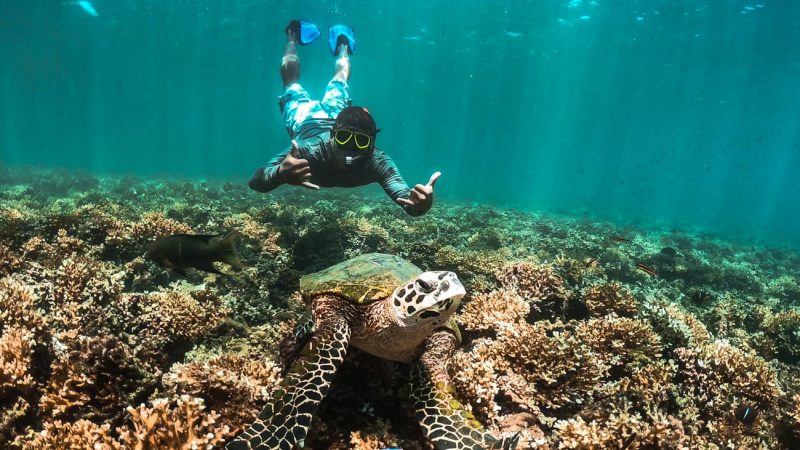 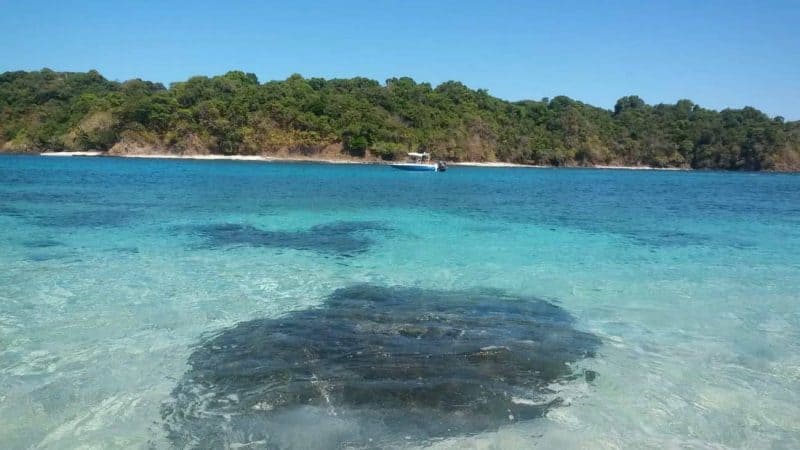 When you visit any web site, it may store or retrieve information on your browser, mostly in the form of cookies. Control your personal Cookie Services here.

Necessary
These cookies are necessary for the website to function and cannot be switched off in our systems.
Technical Cookies
In order to use this website we use the following technically required cookies
Cloudflare
For perfomance reasons we use Cloudflare as a CDN network. This saves a cookie "__cfduid" to apply security settings on a per-client basis. This cookie is strictly necessary for Cloudflare's security features and cannot be turned off.
WooCommerce
We use WooCommerce as a shopping system. For cart and order processing 2 cookies will be stored. This cookies are strictly necessary and can not be turned off.
Decline all Services
Accept all Services